On 10 November there was a hearing on FATCA in the PETI committee of the European Parliament. I wrote a short article on the hearing with a link to the recording of the hearing.

During that meeting the lawyer of the petitioner, Mr. Noseda, accused the European Commission of being aware of the fundamental rights issues (including data protection issues) of FATCA long before all European countries concluded treaties (‘IGAs’) with the US and that the Commission did nothing to defend the interests of European citizens. On his website the lawyer published the letter he sent on the day of the hearing to the Chair of the PETI committee (the letter of 10 November is a continuation of his letter of 22 October 2020).

However, according to Mr. Noseda the Commission was actively involved in negotiations with the US: 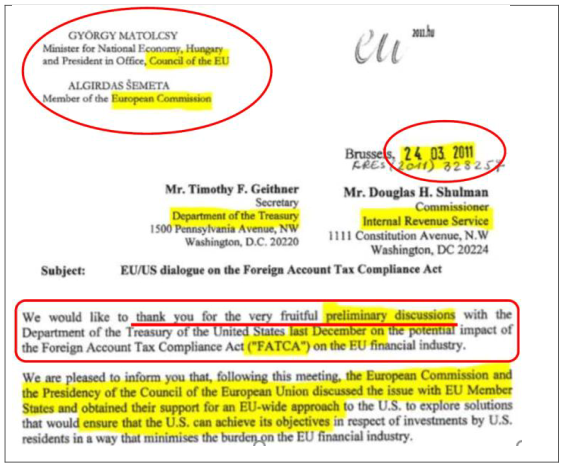 There are also other documents, that show there were several meetings in which FATCA was discussed: 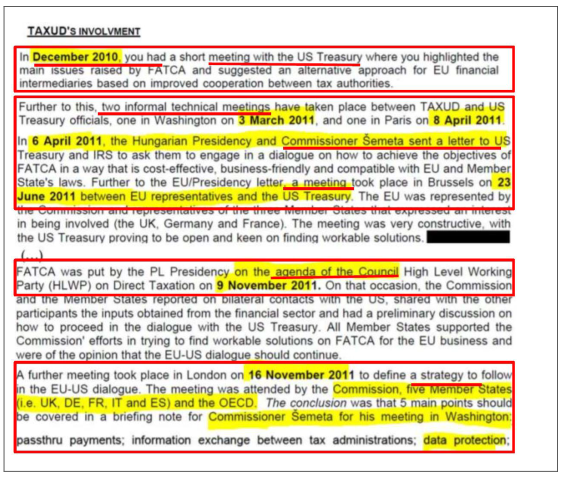 In 2011 the Commission was concerned that FATCA would be in conflict with European law, read this (from a letter to an Accidental American): 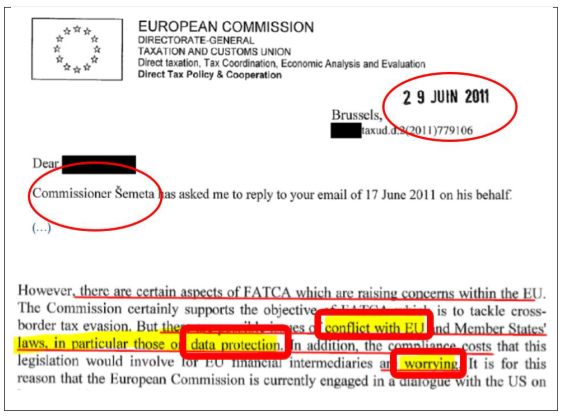 Mr. Noseda then comes to the conclusion that the statement by the European Commission of 7 April 2020, is false. The statement said:

The bilateral agreements between EU Member States and the United States (US) implementing the Foreign Accounts Tax Compliance Act (FATCA) are not within the remit of the Commission unless they breach EC law. To date, there is no evidence of any such breach. Nationality ties, even when acquired by ‘accident’, come together with the existence of reciprocal rights and duties, including paying taxes in the United States for US citizens.

Mr. Noseda ends his letter of 10 November with the following accusations:

He asks the European Parliament to invoke article 234 of the Treaty on the Functioning of the European Union and demand an explanation from the Commission.

We’ll see what the European Parliament and the European Commission will do with these accusations and if they will defend the interests of the European citizens harmed by FATCA and the treaties concluded by EU-countries with the US.